A few weeks ago I had my first Tunnock’s Teacake. My boyfriend bought a packet home and I decided to try one as I had never eaten one before. My thoughts? Simply incredible. How did I go 23 years without trying a chocolate teacake!! I’ve been missing out.

There is now never a time in my house where we don’t have teacakes. I liked them so much that I even came up with a recipe to make chocolate and strawberry teacakes!

As incredible as Tunnock’s teacakes are, I couldn’t help but think how much nicer they would be with a little bit of jam. Fast forward to the weekend and there I was in my kitchen trying to come out with a recipe for chocolate and strawberry teacakes. I tried several recipes and although I came up with a really nice recipe for the marshmallow fluff, I wasn’t happy with the biscuit. Fast forward another few weekends spent in the kitchen trying to come up with a better biscuit recipe and voilà, I finally got there! I think my boyfriend got very fed up of all these teacakes I was making but hey, it was worth it because I think my recipe is pretty good!

The biscuit has a nice crunch to it, while still being soft and crumbly at the same time. The marshmallow fluff is so creamy and the homemade strawberry jam tastes so sweet and fresh. Then, to top it off, they are covered in chocolate! I like the fruit twist to these teacakes.

They are really easy to make!

To make my chocolate and strawberry teacakes you’ll need a half dome silicone mould. I bought mine specifically to make these teacakes from Lakeland for like £15.

For the biscuit, all you have to do is mix all the ingredients in a bowl and form a ball with the dough. Then, chill the dough in the fridge for about an hour. I know chilling in the fridge is such a pain but for these teacakes it’s so important that they keep their shape. You don’t want the biscuits to lose their shape while baking because they won’t fit in the mould. To avoid this, I roll out the dough once it has been chilled and cut the biscuits the exact size of the silicone moulds. I then like to chill them in the fridge for another 30 minutes to an hour after I’ve cut them.

Don’t add baking powder to these biscuits. That will make them expand in the oven and they will lose their shape!

For the marshmallow fluff

The next step is to make the marshmallow fluff. For this, I used an Italian meringue. It’s very similar to marshmallow but has a lighter texture. I love this marshmallow fluff; it’s light, airy and delicious. It’s incredibly easy to make too and the only equipment you need is an electric whisk.

You’ll need to add all the ingredients to a heatproof bowl and place over a pan with simmering water and whisk. Essentially, you’ll need to use a Bain-Marie to make the marshmallow fluff.

In theory, you could do this by hand but this will require a lot of arm power. You need to whisk the ingredients for 6-8 minutes using an electric whisk, so this will be a lot longer if you’re doing it by hand!!

You’ll then need to pipe the marshmallow fluff into the moulds with the hardened chocolate.

Now for the jam you’ve got two options. Option one: make your own, which I recommend. Or option two: use store bought jam. I’ve always got homemade jam in my fridge as it’s really quick and easy to make and I prefer it to store bought jam. If you want to make your own jam here is the link to my homemade strawberry jam recipe. I would halve this recipe as you won’t need that much jam. If you are making your own jam, you will need to allow time for it to set. You can use any type of jam you like, it doesn’t have to be strawberry jam, you can also use raspberry or orange jam too.

Putting the teacakes together

I know there are a lot of steps to make these teacakes but all the steps involved are pretty straightforward. Once they’re made they will certainly make an impression with your guests!!

If you don’t have a silicone mould, that’s okay. You’ll just need to assemble them starting from the bottom up. You would start off with the biscuit, then spoon the jam on top of the biscuit and pipe the marshmallow fluff on top of the jam. Allow to rest for 5-10 minutes and then cover with the melted chocolate. They will still taste the same, they just won’t be dome shaped and that’s fine!

I don’t want to add any jam

That’s perfectly fine! Traditional teacakes don’t have any jam and I think they taste incredible. I just decided to add a fruity twist to these teacakes. The biscuit will adhere really well to the marshmallow so it won’t make it any harder to make them without the jam.

I used milk chocolate for these teacakes. I’ve made them with dark chocolate before and I found they tasted too bitter. Milk chocolate adds a subtle sweetness and pairs great with the marshmallow fluff.

I like to use the chocolate you find in the baking section at supermarkets. I’ve tried to make them using Galaxy and Dairy Milk before and they didn’t come out great as the chocolate dome broke as I was taking them out of the mould. I also wouldn’t recommend using chocolate chips and chunks. They aren’t great for melting and I find that it’s harder to remove them from their mould.

If you are going to use dark chocolate, don’t go for one that has a very high percentage of cocoa. This will make it really hard to remove the teacakes from the mould and they might break as you take them out.

Store them in a sealed container for up to 3 days.

If you store them in the fridge, the chocolate will lose its shine.

Melt half of the chocolate. Place in a microwave safe bowl and heat in 30 second bursts, stirring between bursts. Set aside and allow to cool slightly.

Coat the insides of the silicone mould using 1-2 tsp of the cooled melted chocolate. Use the back of the a spoon to spread the chocolate and then set aside and allow to harden. Do not place in the fridge as the chocolate will lose its shine.

Make the biscuits. Cream the sugar and butter until light and fluffy.

Next, using a sieve, add the flour, salt and cocoa powder together. Then add in the vanilla and milk to form a soft dough. Knead into a ball and wrap in plastic wrap. Refrigerate for at least an hour.

Then add in the vanilla and milk to form a soft dough. Knead into a ball and wrap in plastic wrap. Refrigerate for at least an hour.

On a floured surface, roll out the dough to the thickness of a £1 coin and cut 12 rounds using a cookie cutter. Cut the dough the exact size of the silicone moulds. Chill in the fridge for another 30 minutes to an hour.

Line a baking tray with greaseproof paper and then place the dough rounds on the baking tray. Bake for 10-12 minutes, until slightly golden.

Now make the marshmallow fluff. Prepare you Bain-Marie by placing all of the ingredients into a large heatproof bowl. Place the bowl over a pan with simmering water. The bottom of the bowl should not be touching the bottom of the pan.

Whisk using an electric whisk for 6-8 minutes until it has doubled in size. The marshmallow should become very firm and stiff but also very smooth and silky.

Remove the bowl from the Bain Marie and from the heat. Allow to cool for 5 minutes before spooning the marshmallow fluff into a piping bag.

Melt the remaining chocolate and allow it to cool for a few minutes.

Assemble the teacakes. Pipe the marshmallow into the chocolate lined mould, nearly up to the top. Then, Place a teaspoon or two of the jam on top of the marshmallow. Place the biscuit on the jam in the mould. Lastly, Cover the biscuit with the melted chocolate, making sure the edges are filled. Smooth with a knife.

Leave the teacakes to set until the chocolate has hardened and they are sealed together.

Very carefully, remove the teacakes from the mould. Be careful that you don’t get your fingerprints on the glossy dome! Place on a plate and keep in a cool place.

Why not try these recipes next?

Subscribe to my newsletter and you’ll receive all of our latest recipes straight to your inbox!

Follow this really easy recipe to make the perfect treat for your afternoon tea that will certainly make an impression with your guests! The biscuit is crunchy yet soft and crumbly at the same time, the marshmallow fluff is so creamy and light and it’s all covered with chocolate. These teacakes have a fruity twist – a little bit of strawberry jam to make them stand out!

For the marshmallow fluff 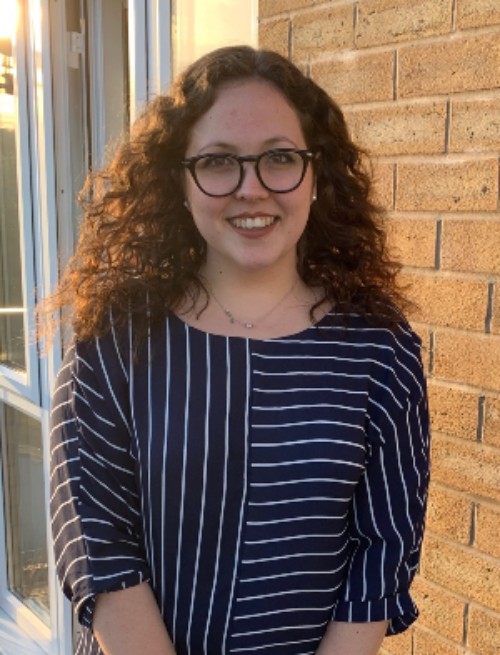 Welcome to my culinary adventure! Here you will find a variety of recipes with step-by-step instructions, photos and plenty of tips to help you create easy and delicious meals. I’ve also got a very big sweet tooth so make sure to check out some of my sweet treats too!

Want recipes direct to your email?

Subscribe to get our latest recipes, tips and all the news from Sweet Treats and Savoury Eats!

Subscribe to get our latest recipes, tips and all the news from Sweet Treats and Savoury Eats!

This website uses cookies to improve your experience while you navigate through the website. Out of these, the cookies that are categorized as necessary are stored on your browser as they are essential for the working of basic functionalities of the website. We also use third-party cookies that help us analyze and understand how you use this website. These cookies will be stored in your browser only with your consent. You also have the option to opt-out of these cookies. But opting out of some of these cookies may affect your browsing experience.
Necessary Always Enabled
Necessary cookies are absolutely essential for the website to function properly. This category only includes cookies that ensures basic functionalities and security features of the website. These cookies do not store any personal information.
Non-necessary
Any cookies that may not be particularly necessary for the website to function and is used specifically to collect user personal data via analytics, ads, other embedded contents are termed as non-necessary cookies. It is mandatory to procure user consent prior to running these cookies on your website.
SAVE & ACCEPT